Sarala Maharjan is a project co-ordinator for the Campaign for Human Rights and Social Transformation (CAHURAST).

Sarala works to build the capacity of citizens to monitor development projects in their local area to ensure that the projects meet the needs of the community. She does this by equipping community monitors with the skills needed to access and use information from government sources about their entitlements and the projects planned for their communities, and to collect data about the delivery of these projects. 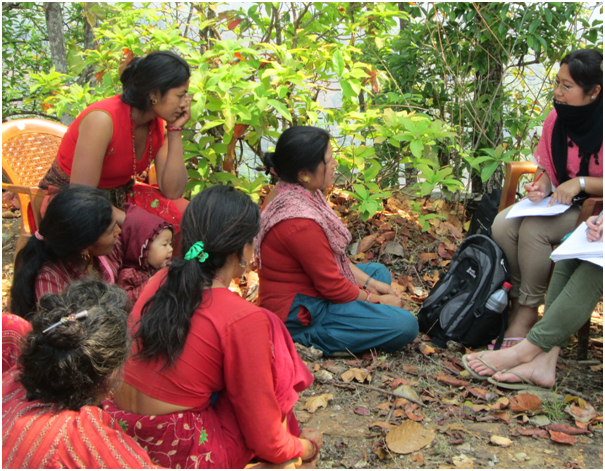 Sarala’s demand for data and information

“Local people are the ones most vulnerable to injustice and inequality, so strengthening their capacity to use information and speak against misconduct is an important way to set up grounds for social change”.

The current lack of on-the-ground data means it is unclear how much of the funding earmarked for development projects is spent as intended rather than lost through mismanagement or corruption. Sarala works with community groups to ensure they have access to information, are able to monitor the funding, and are able to have an influence in the projects directly affecting them. She uses the information available from the government, together with observational data collected at a local level, to empower citizens with knowledge. Sarala does this by demonstrating what information they have the right to, and more importantly what having that information can mean. CAHURAST has trained 90 community monitors to access information they are entitled to; for example, they have been shown how to gain access to local government budgets and analyse project documents.

Examples of Sarala’s use of information

Challenges to Sarala having better information

Before the community monitors were trained in data collection approaches, Sarala found that the information gathered was often inaccurate and incomplete, meaning that she had to follow up with the monitors individually. Sarala hopes that the pre-structured questionnaire guiding the entry of information into Development Check will help to improve the data quality.