Zakat collection in Indonesia reached US$231.6 million in 2012 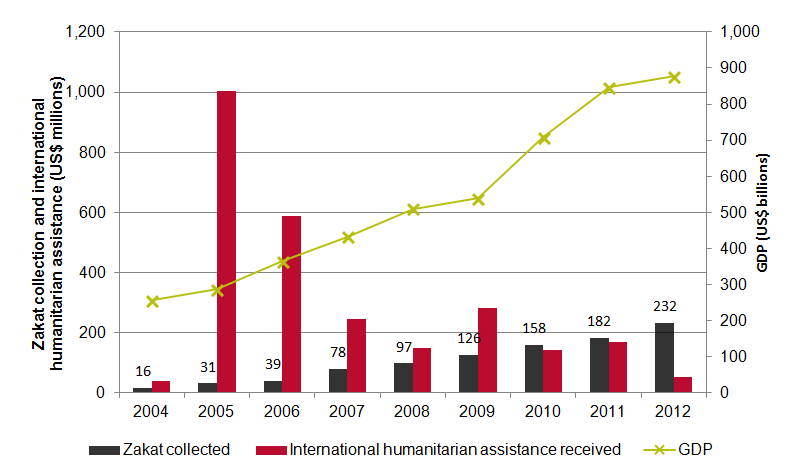 Zakat is a mandatory form of alms for all Muslims who are able to pay it, and is one of the five pillars of Islam. Through Zakat, Muslims are required to give 2.5% of their accumulated wealth each year for the benefit of the poor or needy (and other recipients as highlighted in the Qur’an).

As a country’s GDP rises, so does the potential Zakat payable by its Muslim citizens. At an estimated 205 million, Indonesia is home to the largest Muslim population in the world. Between 2004 and 2012 Indonesia’s GDP more than trebled. In the same period, Zakat collection increased 15-fold, reaching an estimated US$231.6 million in 2012. Meanwhile, international humanitarian assistance to Indonesia decreased from a record US$1 billion in 2005 following the Indian ocean earthquake and tsunami, to just US$51 million in 2012.

GDP is measured in current prices.

Share Zakat collection in Indonesia reached US$231.6 million in 2012