What are the key trends in DFID’s aid spending on nutrition?

DI has analysed the latest nutrition aid spending by the UK’s Department for International Development (DFID). Here we explore the key trends.

As efforts continue to better understand donor funding for nutrition, DI has analysed the latest nutrition aid spending by the UK’s Department for International Development (DFID). Here we explore the key trends.

This analysis was conducted by Development Initiatives as part of the Maximising the Quality of Scaling up Nutrition Plus (MQSUN+) programme.

1. Total spending on nutrition by DFID is increasing

DFID’s spending on nutrition has been on an overall upward trend since 2010, and according to the latest data it reached its highest level of US$1 billion in 2015.

Figure 1: The volume of DFID’s nutrition spending, and that as a proportion of total bilateral aid is increasing 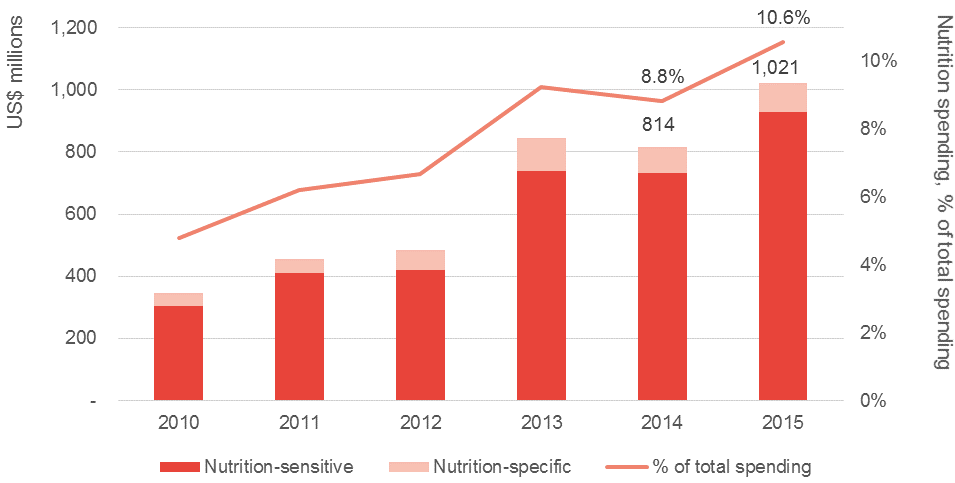 3. DFID is funding an increasing number of nutrition-related projects

Figure 2: The total number of DFID-supported nutrition projects is increasing, with a peak in nutrition-specific projects in 2015 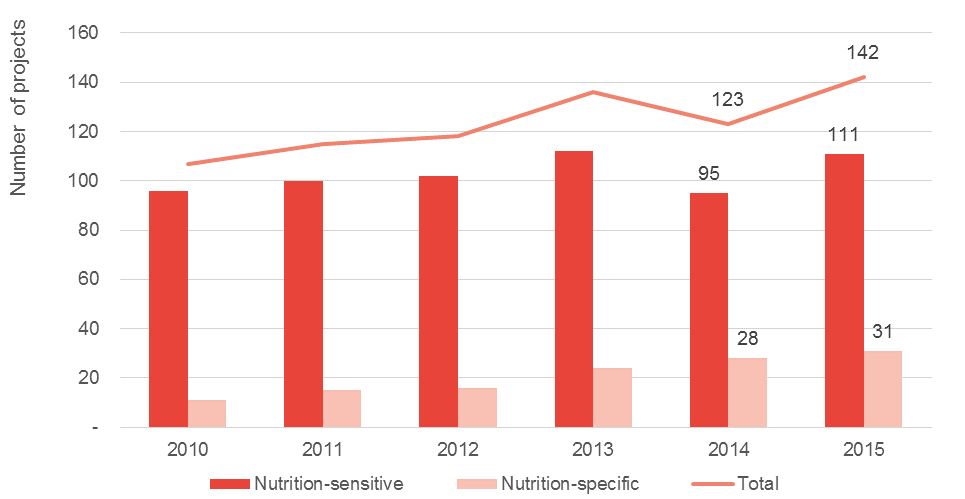 4. With almost half of total allocations between 2010 and 2015, humanitarian interventions receive the largest proportion of DFID’s nutrition-sensitive aid

While sector trends in DFID’s nutrition-sensitive spending have stayed largely the same, with humanitarian spending accounting for the largest proportion, there was a notable increase in funding to social services in 2015.

5. Sub-Saharan Africa receives the majority of DFID’s aid spending on nutrition, but there has been a notable increase to the Middle East

While sub-Saharan Africa continues to receive most funding (54% in 2015), the Middle East saw a five-fold increase in nutrition spending (16% in 2015), primarily due to humanitarian crises in Yemen and Syria.

Figure 4: Sub-Saharan Africa receives the majority of DFID’s nutrition aid, and the proportion to the Middle East is increasing

Ethiopia received a mixture of nutrition-sensitive and nutrition-specific funding.

Figure 5: Ethiopia receives the most nutrition-related aid from DFID, followed by Syria and Pakistan 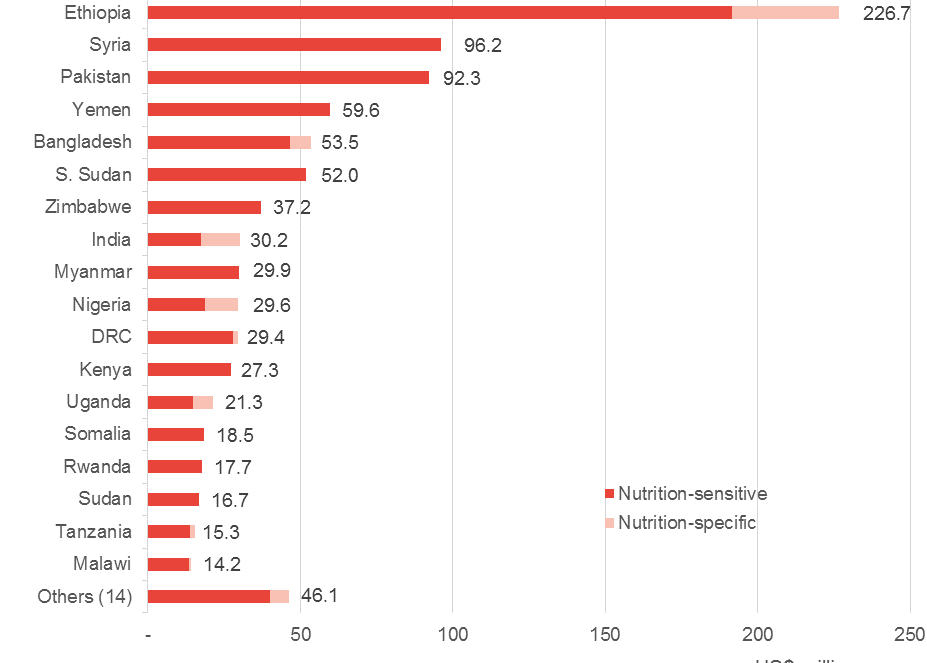 This analysis was carried out as part of Development Initiatives’ work under the MQSUN+ consortium. View our report DFID’s aid spending for nutrition: 2015

MQSUN+ is supported by UKaid through the Department of International Development; however, the views expressed do not necessarily reflect the UK Government’s official policies. MQSUN+ cannot be held responsible for errors or any consequences arising from the use of information contained in this blog.