In 2014, official development assistance (ODA, commonly known as aid) made up a quarter of total international resources for the 20 most fragile countries

In 2014, official development assistance (ODA, commonly known as aid) made up a quarter of total international resources for the 20 most fragile countries in the world. This compares with ODA as just 7% of the total international resources that went to all other developing countries (see figures below). This highlights the increasingly important role that ODA plays in meeting the needs of vulnerable people in fragile contexts where national and local capacities are most lacking. For some countries affected by very high levels of instability and conflict, ODA is by far the most dominant international resource, including Afghanistan (83%), Somalia (73%) and Syria (71%). 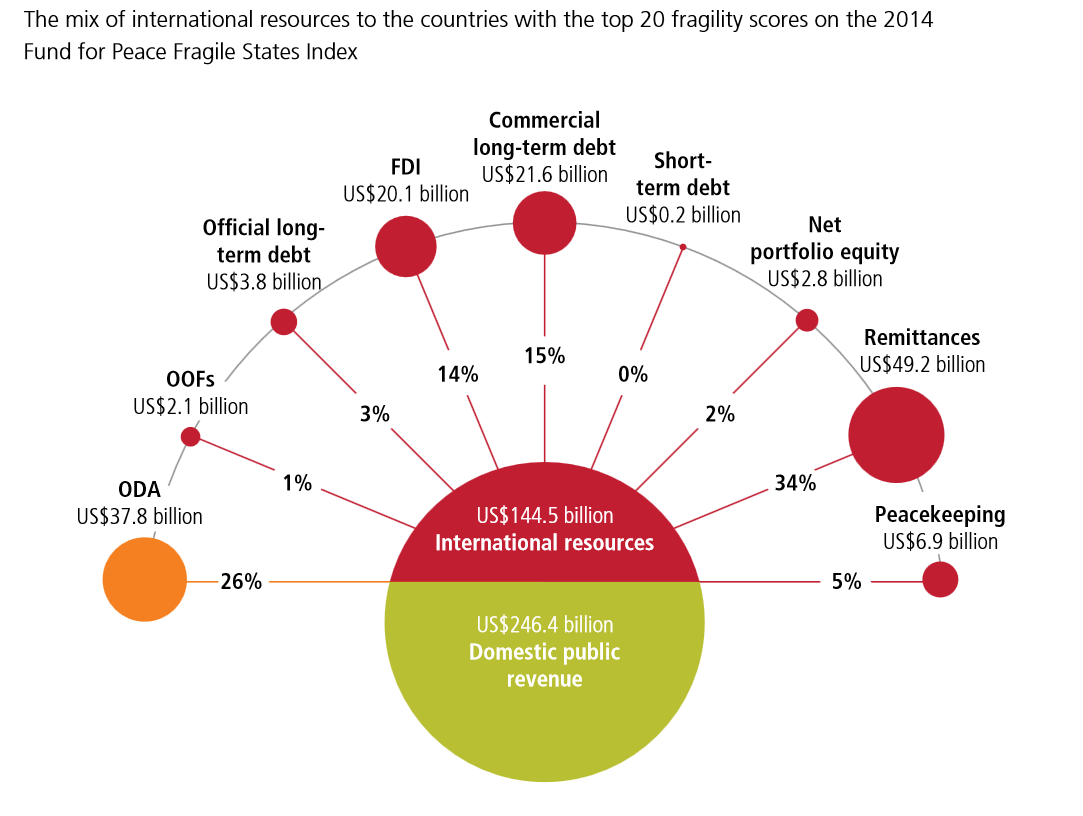 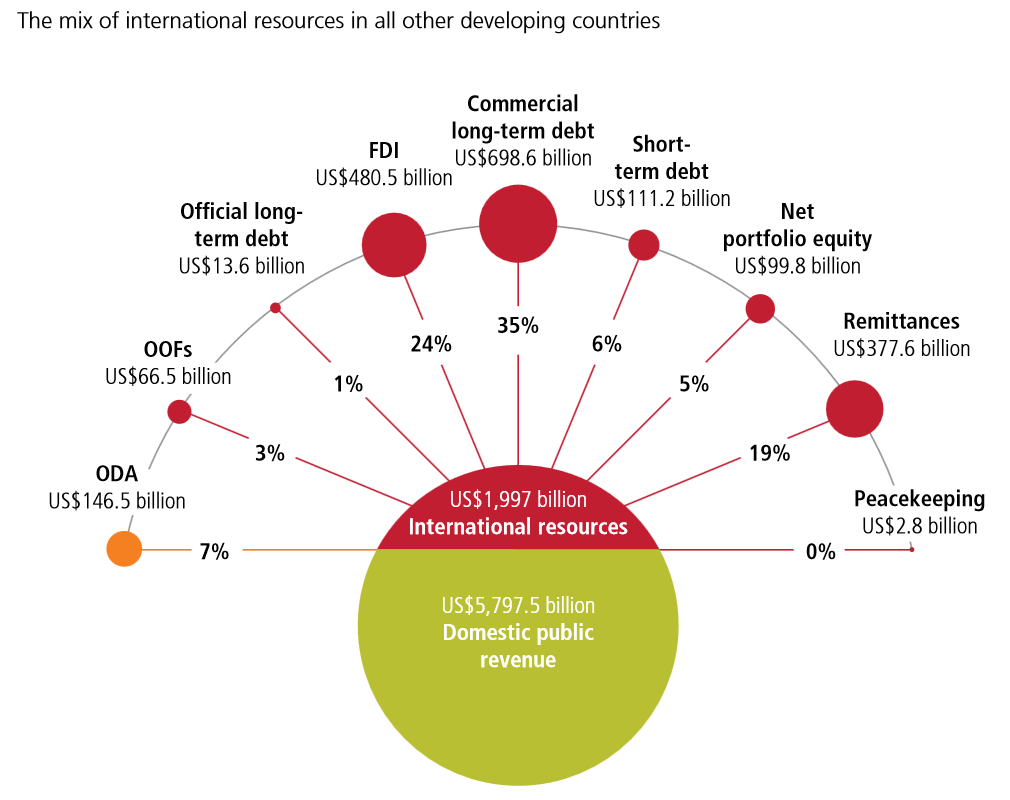 Notes: All figures are in 2014 current US$. Negative values are set to zero at the country level. FDI: foreign direct investment; ODA: official development assistance; OOFs: other official flows.

There are some notable exceptions with Iraq and Chad who receive 72% and 60% of their international resources, respectively, from foreign direct investment despite receiving the highest fragility scores. This is explained by the presence of large extractive industries in these countries.

For more analysis on the mix of resource flows to countries experiencing conflict and fragility please see our report Investments in peace and security.