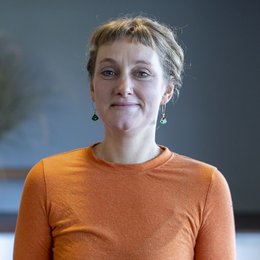 More about: Who we are

Where I am based: Bristol, UK

What I do: I lead DI’s policy analysis and engagement on both humanitarian assistance and conflict, peace and security.

Previous experience: I worked at Saferworld, an international peacebuilding NGO, as a Policy and Advocacy Advisor on conflict prevention, security, justice, conflict-sensitive development and gender issues, engaging both in the international arena and at the national level in a range of fragile and conflict-affected states in Africa, Asia and Eastern Europe. For two years I was based in Nepal, and led the development of Saferworld’s country and wider regional (South Asia) programmes.

I also worked at International Alert as a Programme Design Officer on peace and security issues in Asia and Eurasia; at Oxfam on campaigning and parliamentary engagement and advocacy; and as an independent consultant on conflict and security, during which time I worked as a Team Leader with theIDLGroup for an evaluation of Conciliation Resources’ DFID-funded PPA.

As part of the UK Government’s Serious and Organised Crime Agency (SOCA) I worked on policy and strategy to address organised crime (e.g. human trafficking and child exploitation) as a source of insecurity and instability at the national and international levels, linking closely to, and developing a joint strategy with DFID.

From withdrawal to adaptation: How can development actors shift towards sustaining engagement and financing at scale during a crisis?

Revised ODA casebook on conflict, peace and security: A useful resource but falls short of providing practical guidance on what activities can and cannot be counted as aid

Intrinsic links between poverty and crisis: What the data tells us

Failing to deliver on Financing for Development commitments

Does DFID’s new fragile states list point towards a shift in funding allocation?

Peace in the triple nexus: what challenges do donors face?

Donors at the triple nexus: lessons from the United Kingdom

Key questions and considerations for donors at the triple nexus: lessons from UK and Sweden