High-Level Conference on the Data Revolution in Africa: Defining the next steps for data communities

This is a conference that was unique in many aspects. In Africa, the geographic extent and socio-economic, political and cultural diversity of the continen

Earlier in the year the co-organisers of the conference – UN Economic Commission for Africa, the African Union, the African Development Bank and the United Nations Development Programme – reached out to a range of organisations through a survey to identify their work, data activities, and the priorities in the data revolution, including thoughts on the structure of the conference itself. Survey results led to 15 ‘data communities’ being created: groups with common interests related to the objectives of the data revolution. The groups self-organised with leadership from a convening organisation that mobilised stakeholders to contribute ideas to the final African Data Consensus (ADC) document – a key output of the High-Level Conference that was adopted by the 8th joint ECA-AU Conference of African Ministers of Finance, Planning, and Economic Development on 30 March 2015.

As a partner to the organisers, alongside PARIS21, South African Statistics and World Wide Web Foundation, Development Initiatives (DI) also convened the “Development Data Community.” In the lead up to the conference, DI Africa Hub in partnership with Hivos East Africa and Local Development Research Institute (LDRI) held a meeting of Kenyan participants to discuss effective ways to engage during the conference. The main outcome of the meeting was a vision and set of principles shared with a group of organisations across the continent and with the conference organisers.

As a convenor of the Development Data Community, DI drafted a paper responding to a set of questions presented by organisers and shared this with over 50 stakeholders across the continent for input. Their feedback was compiled into a final draft shared with organisers, other communities, and tabled on the first day of the conference on 27 March as the official Development Data community paper for deliberation and further input. DI invited Mr Alex Ezeh, Executive Director at APHRC, and Dr. Bitange Ndemo, former Permanent Secretary in the ICT Ministry in Kenya, among other high profile individuals, to join community discussions and further enrich the paper. Pleasantly surprising, the organisers did not have a draft Africa Data Consensus document before the meeting and relied on the communities’ input for content – perhaps a first for this nature of conference. We also discovered there were no separate meeting rooms for the communities, and we had to find space within the conference room for the discussions. Given the importance of the subject it didn’t matter – any space, including under a tree, would have sufficed. 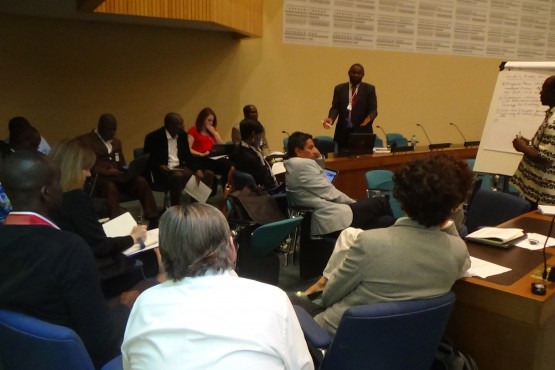 The Development Data Community paper recognised the importance of making people count by counting them. This, it proposed, could be achieved by developing and strengthening civil registration systems and improving administrative data – with particular emphasis on health, education, land and agricultural management information systems in Africa. It further proposed that National Statistics Development Strategy encompass all activities relating to collecting data and compiling statistics.

The paper further emphasised the important role of development data in driving evidence-based development decision making. Beyond monitoring development the community recognised the need for development data to drive development. Decision-makers therefore need usable information based on data that is disaggregated down to the local level and is both timely and accurate. Those who hold them to account also need this information (and the data on which it is based) to be openly accessible. The community was happy that most of its recommendations were taken on board in the final consensus document.

Speaking during the event, Mr Charles Lwanga-Ntale, DI Africa Regional Director, also a member of the High-Level Panel that adopted the consensus document, said that the Data Revolution was not going to be achieved just for the sake of it, but had a clear purpose to help Africa achieve higher level goals. He cautioned against the revolution getting consumed by technicalities and technology, missing the real targets – ordinary people. He further emphasised the centrality of development data in the poverty eradication agenda of the continent, calling on stakeholders to actively promote national level initiatives that could leverage effective partnerships. 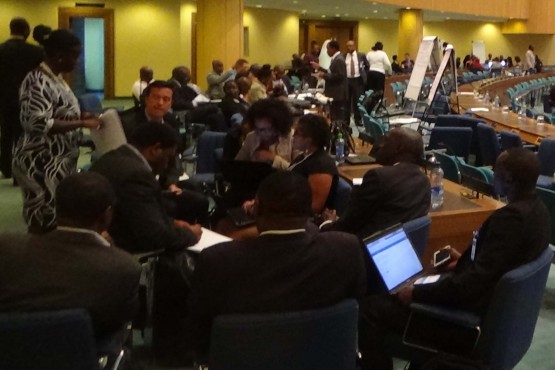 On the last day of the conference (30 March), DI was tasked by community members to convene a stakeholders’ meeting to reflect on the immediate outcomes of the conference, find practical ways to engage beyond the conference, and forge a loose network to share materials, experiences and ideas. A steering committee was established comprising of individuals from INDEPTH Network-Ghana, ONE Campaign-South Africa, IPAR-Senegal, Center for Democratic Development-Ghana, Hivos East Africa-Kenya, and Development Initiatives Africa Hub-Kenya. Each organisation was tasked to lead regional engagements and draw more institutions that were not part of the High-Level Conference. A series of meetings and intense discussions are currently underway. A Google Group (Data Revolution for Africa) has been created to facilitate engagements. The key action points in the consensus document are providing direction, and guiding country level engagements on the Data Revolution in the lead up to the Third International Conference on Financing for Development to be held in Addis Ababa in July 2015.

At the national level in Kenya, DI is partnering with Hivos East Africa, other like-minded organisations and partners from government, civil society, media and private sector among others,  to explore how their comparative advantages can be leveraged to “domesticate, develop and test a local Data Revolution model” at the national, and more importantly, the granular sub-national (county) level in Kenya. This process will be documented to yield a replicable model that could be shared across the region and the world. A meeting is slated for 22 April at DI Africa Hub in Nairobi to kick-start this process.

Share High-Level Conference on the Data Revolution in Africa: Defining the next steps for data communities

County spending on climate change and disaster risk reduction: Evidence from the budgets of four counties

Bristol and the SDGs: Bridging the local and the global