Using all resources available to end poverty: what you need to know

Using all resources available to end poverty: what you need to know. This page summarises Investments to End Poverty Chapter 2.

Government spending per person varies by region in the developing world

Although government resources per person are expected to grow in almost all developing countries, rates will vary. Estimates suggest that the developing countries with the lowest government spending will see the slowest growth in spending. Even countries with rapidly growing resources are starting from a low base and may face non-financial challenges to deliver basic services. 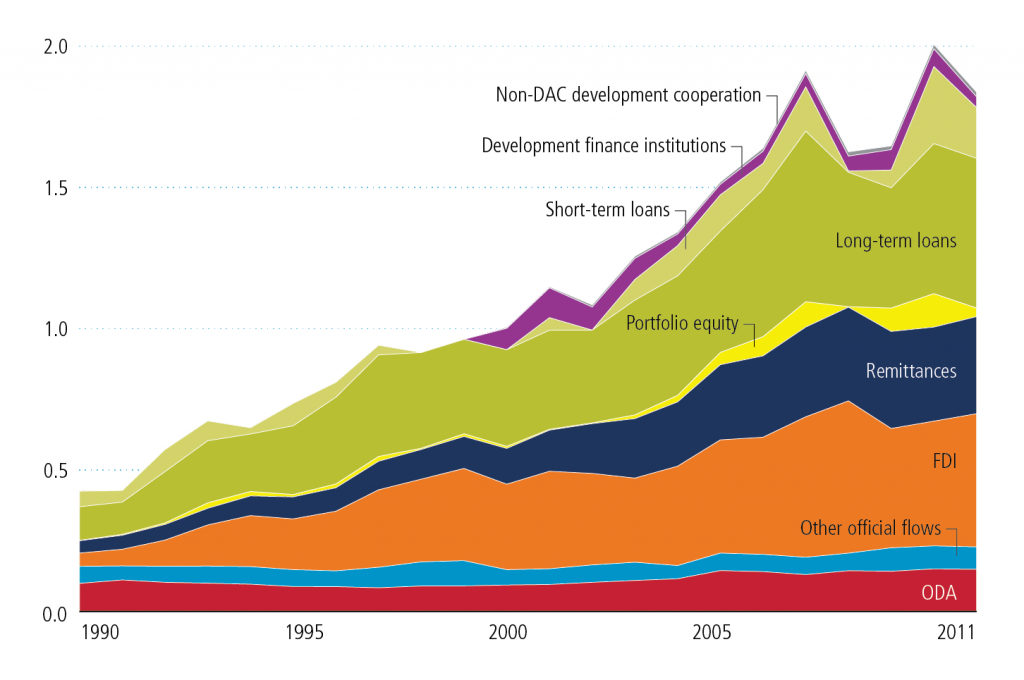 Source: Based on data from a wide range of sources (see methodology).

Outflows are as important as inflows

Source: Based on data from a wide range of sources (see methodology).

Mobilising resources to end poverty by 2030

Share Using all resources available to end poverty: what you need to know