This profile is part of a series looking at how data is being accessed and used in developing countries. John’s demand for data and information “Big decisi 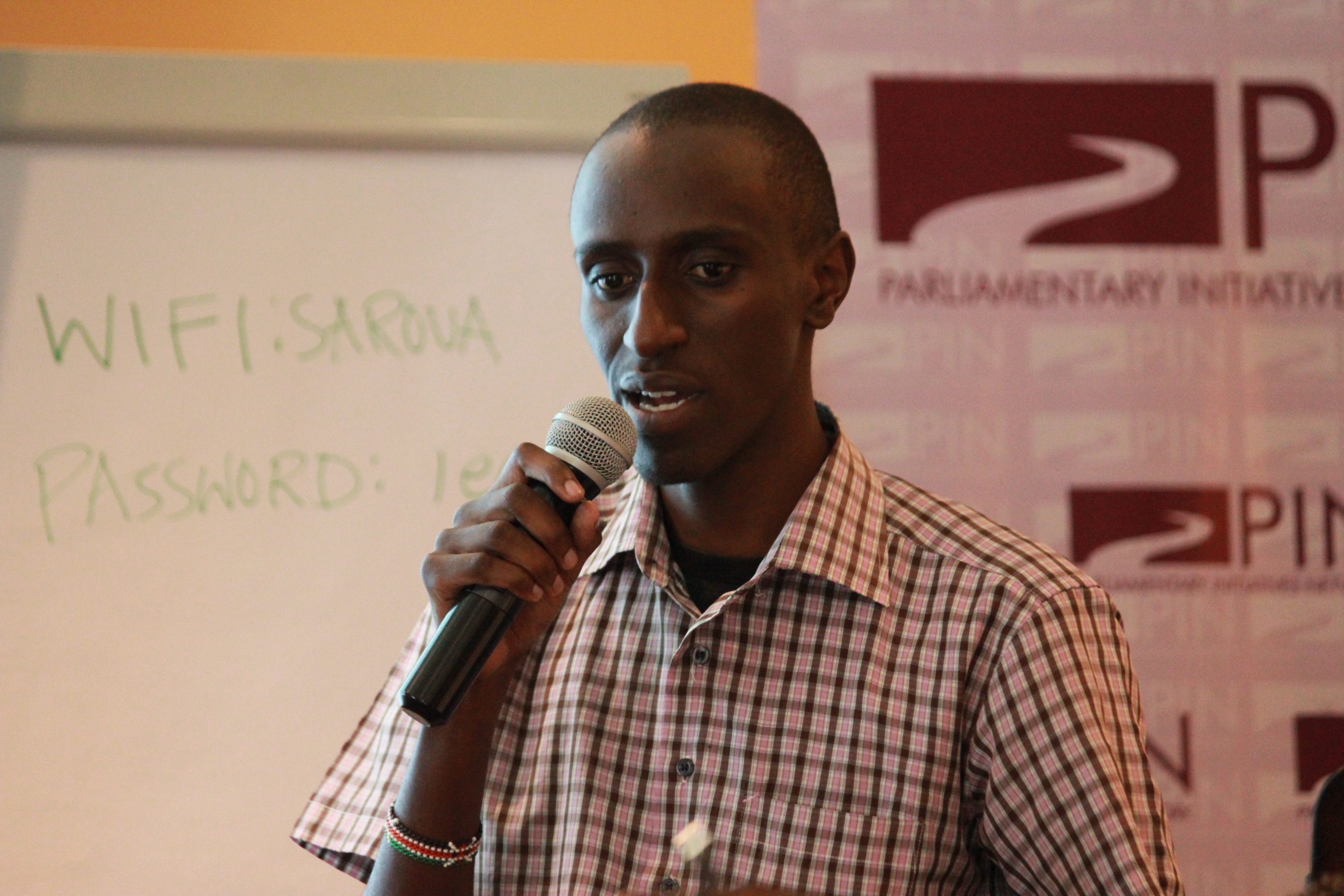 John Kinuthia is a research analyst working with the International Budget Partnership (IBP) in Kenya. He conducts analysis on public finance in Kenya, using the information to support civil society organisations (CSOs), journalists and citizens to participate in budget processes at both a national and county level.

This profile is part of a series looking at how data is being accessed and used in developing countries.

John’s demand for data and information

“Big decisions about resource allocation should be based on sound evidence”

The recent devolution of administrative governance in Kenya has lead to major changes in the way the government plans and spends its money. There is now a dual system involving two levels of government with independent but related budgets. John and his colleagues at IBP work to support Kenyan non-state actors to understand the new system, interpret national and county budgets, and use the information to engage with budgetary processes so that the government’s allocation of resources to counties is based on sound evidence and meets the needs of citizens. To do this effectively John needs to find, access, use and share a wide range of public data, including data on sub-national spending and the level of need (demographics, poverty, health and education). John needs to present accurate, objective evidence in his research work. This is so that citizens, the independent Commission on Revenue Allocation and administrative staff at county level can use it to make informed resource-allocation decisions based on capacity and needs.

Examples of John’s data use

Challenges to John having better information

“There doesn’t seem to be a process for systematically putting public data out there. I have to go and find what I need.”

Some of the data that John needs are available from online sources such the Kenya Open Data Initiative portal (KODI) or government ministry websites, but John has found that a significant portion of data from government ministries is stored off-online. John often has to rely on relationships he has built up over the years with officials to gain access to offline information. Some data is only available in hard copies, which means John has to transcribe it, and sometimes, as with the annual Kenya National Bureau of Statistics Economic Survey, he has to pay for it too. Even though KODI has a good cache of data, John finds most of the data are out of date. John would like to see KODI’s capacity increased to enable them to regularly update their datasets and to encourage more government ministries and organisations to share their datasets online.

John has recently faced challenges sourcing core datasets to support his work on devolution. He was not able to locate a reliable public dataset on historical spending on all the 47 Kenyan counties disaggregated by sector. The publically available spending data was merged together, even though the disaggregated data is likely to exist. John would like to see better data disaggregation to show all revenue streams into the counties and other sub-national sector spending.

John and his colleagues are concerned about the lack of current county-level data on poverty; the most recent data is from 2005/6. This is a setback for a needs-based allocation of resources for the counties. John would like to see a more robust and up-to-date household survey conducted in Kenya with disaggregated datasets capturing poverty at county level.

Other case studies in this series: