Global aid trends – ODA: what you need to know

Global aid trends: what you need to know. This page is a summary of Investments to End Poverty Chapter 6.

This page is a summary of Investments to End Poverty Chapter 3.

How ODA is defined

But there have been calls for a new ODA definition that reflects the changing landscape of aid and the emergence of new providers, including ‘emerging donors’ (such as China and Saudi Arabia), private organisations, philanthropic foundations and non-governmental organisations. We believe existing aid architecture needs to be updated to meet the challenges of financing the post-2015 development framework.

The challenge of meeting the 0.7% target

The target of spending 0.7% of gross national income (GNI) on ODA was first adopted in 1970, and reconfirmed many times since, including in 2005 by the 15 EU member states. In 2012 five donors met this target, but as a whole DAC donors achieved only 0.29% of GNI.

Global ODA has grown from around US$40 billion in the 1960s to US$128 billion in 2012. Nearly two-thirds of ODA comes from five G8 countries that are consistently the largest donors by volume: the US, the UK, Germany, France and Japan. 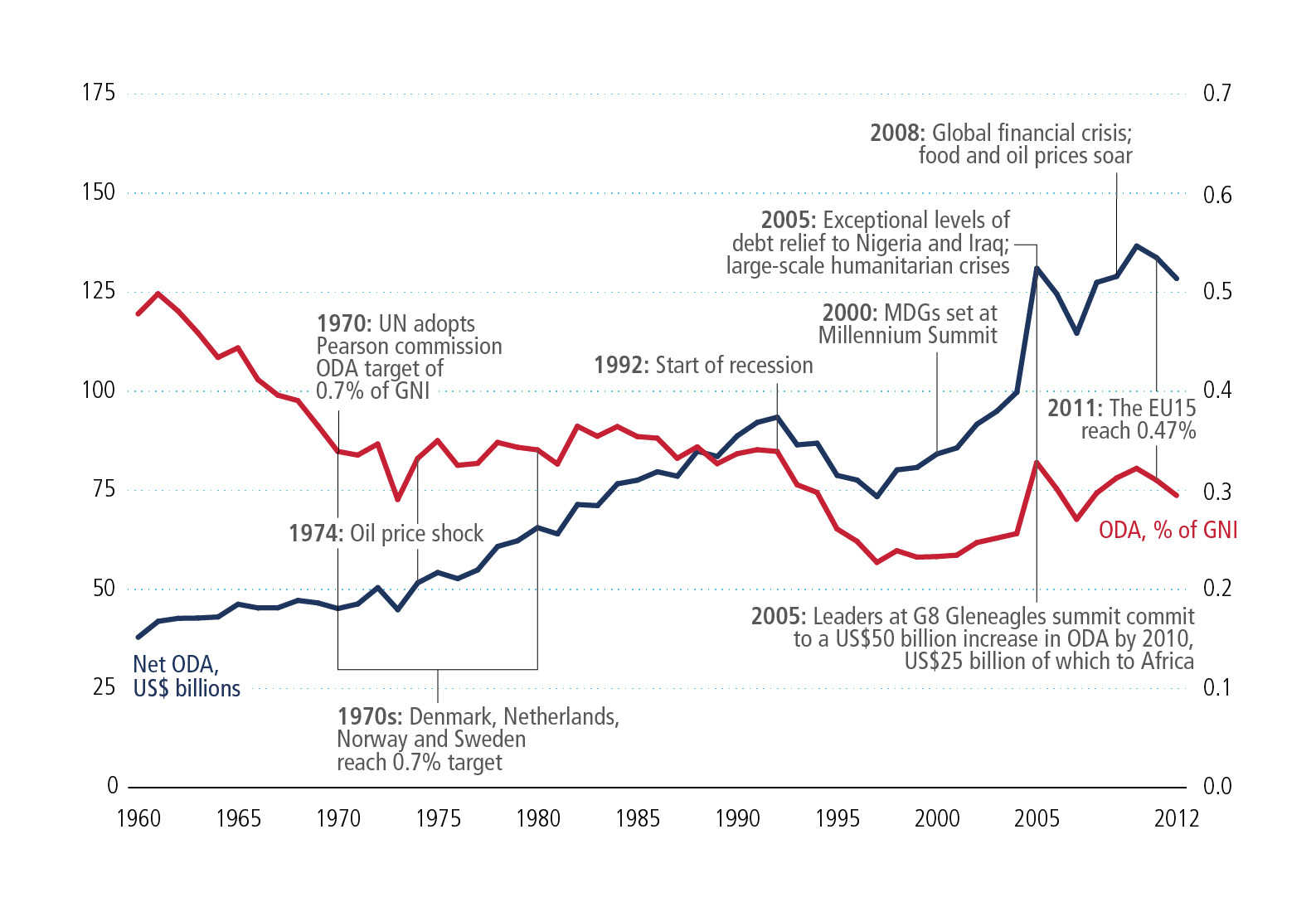 While ODA is only a small part of the overall picture, it remains the largest international resource flow for 43 countries with over 250 million people living on less than $1.25 a day. The majority of these countries have very low government spending per person. For example, the total reported ODA to Liberia in 2011 exceeded government expenditure. In Rwanda, the value of ODA was equivalent to 80% of total government spending.

Aid commitments to the governance and security sectors received the greatest share of bilateral funding in 2011 with 13% of the total, followed by health and infrastructure with 12% each.

Sub-Saharan Africa receives the greatest proportion of ODA (35% in 2011), followed by South Asia (17%). Afghanistan was the largest individual recipient of net ODA in 2011 with disbursements of US$6.5 billion (6.9% of the total), followed by the Democratic Republic of Congo (US$5.4 billion, 5.7%).

ODA to sub-Saharan Africa and South and Central Asia has risen in recent years; ODA to the Middle East and East Asia has fallen 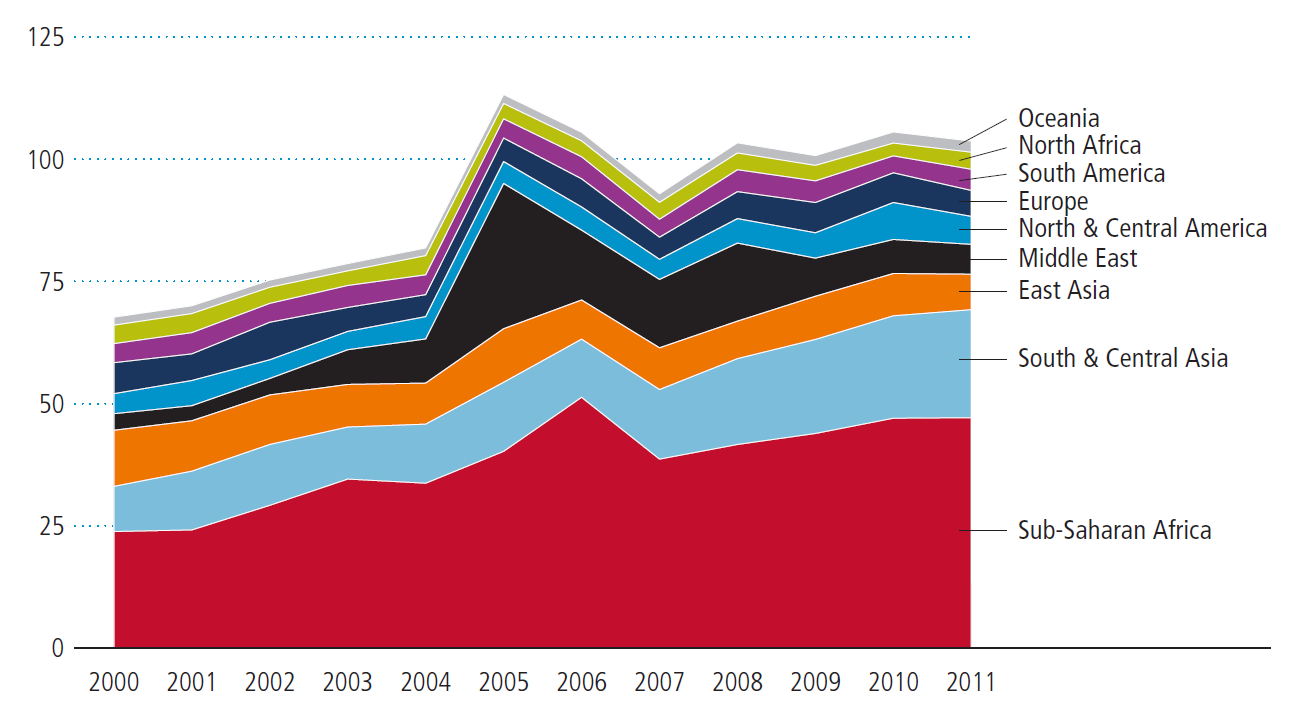 Getting more value from global aid in the post-2015 world

From our analysis of global aid we recommend the following policies: