Kenya’s budget 2017/18 is an opportunity to address the country’s high levels of poverty and inequality and assess how far it helps poor populations.

Kenya’s budget 2017/18 is an opportunity to address the country’s high levels of poverty and inequality.

Kenya’s budget 2017/18 is an opportunity to address the country’s high levels of poverty and inequality. Over 45% of the country’s population live below the national poverty line,[1] and the poorest fifth of the population share only 4.8% of the country’s income.[2] Kenya also experiences inequalities at the sub-national level. In Turkana County, for example, an individual is 15 times less likely to have access to a secondary education, compared to an individual in Nairobi County. Even within counties, inequality persists. In a ward in Kilifi County, 84.5% of the population live below the poverty line, yet within another ward the figure is 39%.[3]

It’s vital that resource allocations are interrogated in order to ensure they address poverty and inequalities.

Here are some of the facts we know so far about Kenya’s national budget for 2017/18.

Redistribution of revenue to the sub-national governments 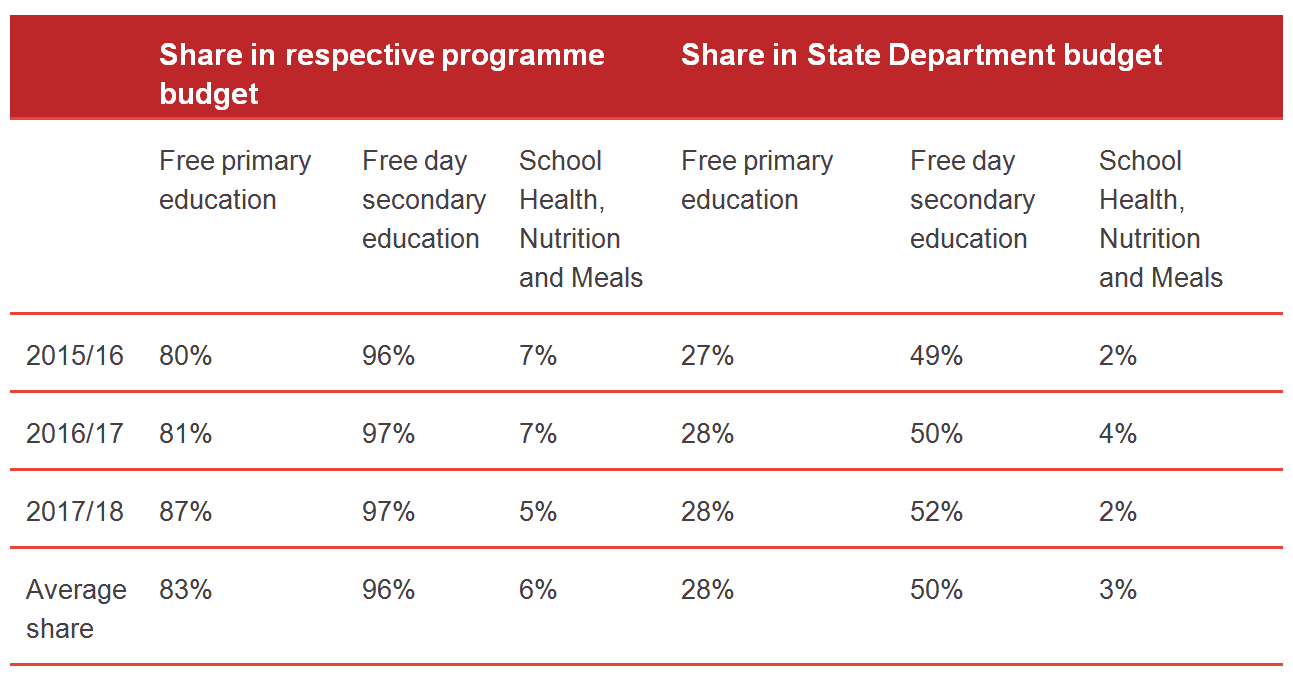 In February 2017, the government declared the current drought as a national emergency. So far, the drought has affected 2.7 million Kenyans (6.8% of the population) living in 23 of the 47 counties.

The government has allocated more resources to pro-poor sectors in 2017/18 compared to the previous two financial years.[4] However, this is not an indication that allocations are adequate, since some of the programme budget estimates are lower than the required amounts stated in sectoral medium-term expenditure frameworks. What’s more, greater allocations do not always amount to acceptable expenditure performance – some sectors have received adverse audit opinion in the latest Auditor General’s report (2014/15).