Three steps towards an equitable tax agenda: Actions that should be adopted at the Addis Tax Initiative conference this week 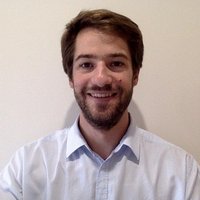 This week, the Addis Tax Initiative (ATI) conference will see around 170 representatives from partner and donor countries, international and regional organisations and civil society gather in Berlin to review progress made on strengthening international support for tax systems. Against a backdrop of increasing inequality between the poorest people and places and the rest, development partners are currently ‘locking in’ increased funding for improved tax systems. This conference, therefore, is a clear opportunity to critically assess how such assistance can engender both increased and more equitable domestic revenue mobilisation.

If we continue with business as usual, development partners risk falling short of meeting their commitment of doubling official development assistance (ODA) to domestic revenue mobilisation by 2020. In 2017, the latest year for which data is available, ODA from ATI members represented approximately 70% of the ATI benchmark. However, adding the ODA from non-ATI members, total support to domestic revenue mobilisation was on par with this benchmark and represented an estimated US$321 million.

Source: ODA disbursements taken from Organisation for Economic Co-operation and Development (OECD) Creditor Reporting System (CRS); ATI benchmark line as set out in the ATI monitoring report 2015; and private grants from foundations sourced from OECD CRS and the International Aid Transparency Initiative (IATI) database. Notes: Data includes all activities coded through the OECD DRM purpose code (15114) and wider projects which contain descriptive information indicating a major DRM component. Volumes in constant 2015 prices. See Annex A of our 2018 report for details on our methodology.

Despite falling behind on aggregate, some individual ATI members are on track towards doubling their ODA to domestic revenue mobilisation. For example, in 2017 Luxemburg and Sweden already exceeded their 2020 targets, while others, such as Australia and Canada, were not far off achieving this.

Since the launch of the ATI in 2015, several major development partners have overhauled their domestic revenue mobilisation strategies to fit the priorities of a constantly evolving tax and development agenda, explaining some of the delays in uptake of ODA to domestic revenue mobilisation. The Berlin conference can demonstrate where increased investments are now being made, fostering mutual accountability toward the ATI commitments.

In 2017 non-governmental organisations (NGOs), both domestic and international, received only 8% of total ODA for domestic revenue mobilisation. While higher than the proportion in 2015 (3%), this remains low, especially compared to the more tested multilateral and bilateral partners.

Figure 2 – Channels of delivery: a small proportion of ODA for domestic revenue mobilisation goes through NGOs 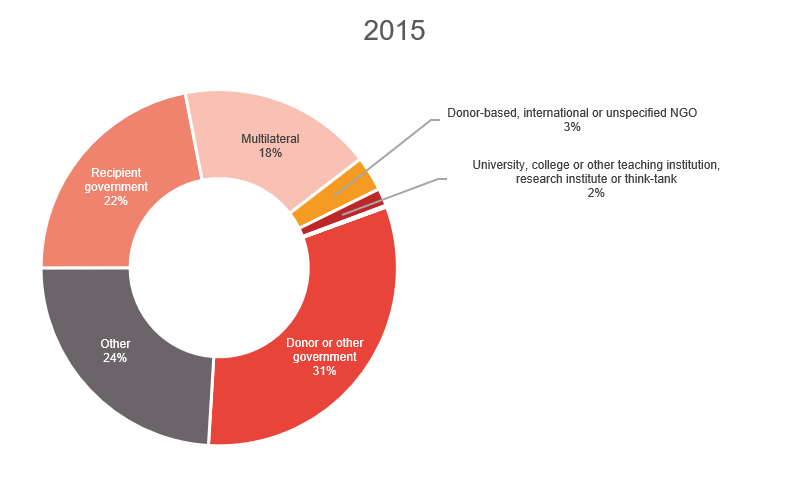 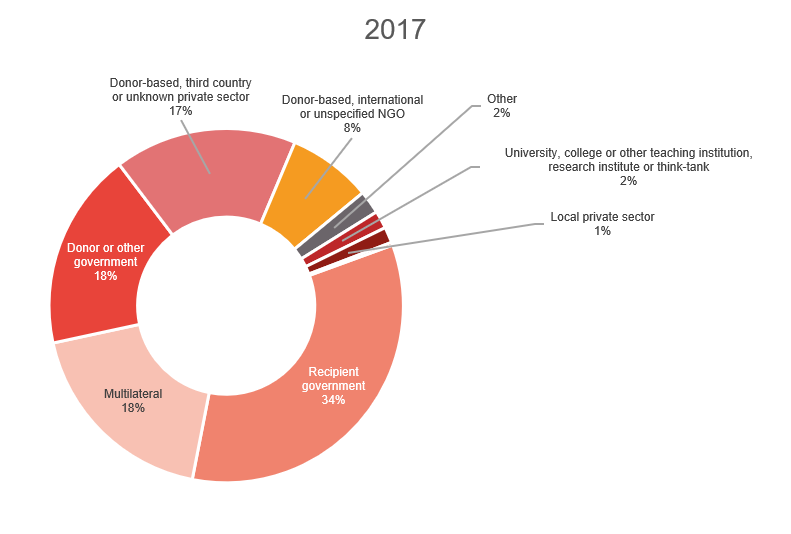 Leaving civil society organisations (CSOs) and NGOs at the margin of support to tax policy may undermine these programmes’ effectiveness. A recent World Bank evaluation noted that political opposition from special interest groups (political parties, economic elites and revenue authorities) to tax policy changes undermine the revenue impact of the World Banks’ tax support programmes. While CSOs are not the sole solution to address political economy challenges to tax reforms, strengthening their capacity on tax issues could foster broad-based, demand-driven domestic commitment to tax reform. An ODI review of six tax system reforms argued that, “involving non-governmental actors (including businesses, civil society and the media) is essential for balancing tax reform negotiations in favour of the public interest: towards more productive, equitable and fairer tax systems.”

Partnerships between tax administrations and civil society could also support a more equitable tax agenda. Trusted non-governmental bodies may reinforce the importance of paying taxes and explain controversial tax issues, increasing public confidence in the system through greater understanding. The recent success of the Civil Society Budget Accountability Group (CSBAG) campaigns, with their members in Uganda, to alter tax policy, on mobile money and on sugary drinks is just one example demonstrating how CSOs can contribute to domestic revenue mobilisation in terms of both quantity and quality of tax reforms. Another example would be CSBAG’s support to the government in its formulation of a medium-term revenue strategy.

During the past decade, international NGOs have proven their capacity to move the needle on critical global tax challenges, such as tax evasion and tax avoidance. The next frontier is to identify and strengthen capable domestic CSOs/NGOs that can drive the policy discussion on domestic tax reforms towards more equitable fiscal policies that leave no one behind.

The scale of support to domestic civil society compared to recipient governments is stark. It is no secret that financial sustainability is a major impediment to increasing CSO/NGO work on tax issues.

One practical way of supporting constructive civil society engagement with tax issues would be to increase official, and direct, support to CSOs/NGOs that have a proven track record. Additionally, development partners should use more core funding to tackle these issues, instead of relying mostly on inflexible project aid – as encouraged by the Ugandan ‘Advocates Coalition for Development and Environment’ (ACODE). Core funding enables CSOs/NGOS to address contemporary tax issues arising in their country, instead of extending the scope of their work within a given resource envelope and priorities (most often set by the development partners).

Development partners have different views and expectations from partnering with CSOs on tax issues. Finland’s Tax and Development Action Programme, for example, explicitly focuses on increasing civil society’s awareness on the link between taxation and public service delivery. The UK takes a less direct approach, and partners with national civil society for analysis of the differential impact tax support may have on different vulnerable groups.

The ATI breakout session on ‘CSOs and tax strengthening’ will provide a timely opportunity to consider how development partners can practically strengthen the capacity of domestic CSOs in support of more country-owned equitable tax systems.