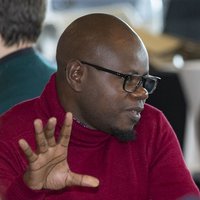 Following the publication of reports on how resource allocation for climate change and DRR by Kenya’s county governments has the potential to support the progress of people out of poverty, Development Initiatives (DI) held an event in May 2019 in Kisumu, to consider whether the current budget allocations of four Kenyan counties is sufficient to meet the needs of the poorest people. Participants – including the county government officials in charge of climate change and DRR dockets, development partners, policy researchers, CSOs and media representatives – reiterated that Kenya’s economy is highly dependent on climate-sensitive sectors such as agriculture, tourism, transport and energy. And that this intrinsic link, if not well managed, can pose a risk to the country’s potential for economic development and prosperity.

Reports by various key actors – including National Drought Management Authority – suggest that frequent cycles of prolonged droughts followed by severe flooding impact the livelihoods of many Kenyans, including the poorest people. Appropriate investments on climate change will build the resilience of communities and reduce greenhouse gas emissions. Deliberate and targeted budget allocations to disaster risk reduction will enhance the capacity of communities to prepare, prevent, respond and recover from disasters. These investment have the potential to create a ripple effect in the country’s economy: not only ensuring sustainable development but also reaching the poorest and most vulnerable people, who bear the brunt of both climate change and disasters.

Key discussion points from the event

The poor are likely to be left behind in the absence of adequate investment in DRR and climate change adaptation and mitigation actions. County governments were urged, as the first point of contact with climate-affected populations, to play a role in managing climate change adaptation and mitigation, and DRR investment in Kenya. The participants observed that despite efforts by county governments, the problem is likely to be compounded by governance-related problems. In a number of the counties under discussion, for example, specific legislation and policy framework for climate change and disaster risk reduction were not in place.

There is need to mobilise political will at the county executive and assembly levels to leverage county climate change funds (CCCF). These funds (which originate from Kenya’s 2016 Climate Change Act) are a mechanism to prepare counties to access climate finance and mainstream climate in planning in support of adaptation for resilient economic development and poverty reduction. There is also need to fast-track establishment of the legal, policy and institutional frameworks prerequisite for effective functioning of a CCCF.

Counties are facing obstacles in collecting accurate spending data, and clear budgetary and accounting procedures are not always in place. Currently, most of Kenya’s 47 counties are not clearly disaggregating climate change or DRR expenditures, hindering comprehensive tracking of all the budget lines. The absence of clear policy guidelines to steer long-term fiscal outlays by counties may see most of them remain chronically underfunded, exacerbating the situation.

The participants called for the following:

Address inadequate public resource allocation and arbitrary fund ceiling. After DI presented the findings of its analysis, the counties conceded that the amount currently being allocated to climate change and DRR is inadequate. Participants noted that most counties in Kenya commit up to 2% of their budgets for climate change, but it’s not clear if this figure derives from national government, or replicates what other counties have decided to allocate. Meaningful impact in addressing climate change and DRR requires mobilisation of resources beyond allocations from the national government.

Going beyond budget estimates analysis. Participants felt that tracking actual expenditures from allocations is critical (as allocations do not always translate into actual spending). It also emerged that data-access challenges are significant at the county level. For instance, actual expenditure data is available only at department level.

Tracking other sources of funds. Participants also identified the need to track funds that are separate to county government funds. These were said to include funds from development partners. Tracking all the funds and projects implemented will promote transparency and accountability, helping counties to attract more funding.

For key recommendations, read our reports: