What next for private sector instruments? 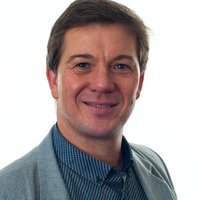 For many years OECD DAC members have invested in the private sector of developing countries, often through development finance institutions (DFIs) – organisations set up by the donors specifically to make and manage such investments. However, much of this support to the private sector was not eligible to be counted as ODA – loans to private sector companies are typically less concessional than loans to governments and do not meet the criteria for inclusion within ODA. Also, some of the support was in the form of guarantees, which were not allowable as ODA regardless of the terms. The DAC wanted to incentivise greater support for the private sector in developing countries and so at the 2014 HLM they signalled that, in future, more investments in private-sector development would be allowed to be counted as ODA. These newly ODA-eligible investments became known as private sector instruments (PSIs).

This year, 2017, was supposed to be the year when the rules governing PSIs were to be agreed. There were to be two ways in which donors could count their support to the private sector as ODA – known as the institutional approach and the instrument approach. Donors could either count capital funds passed to a DFI as ODA (the institutional approach) or they could count a percentage of the investments made by the DFI in developing countries as ODA (the instrument approach). In order to count funding to a DFI as ODA under the institutional approach, the DFI concerned would have to be assessed by the DAC in order to ensure that its investments were actually development oriented. The percentage of the investment counted as ODA under the instrument approach (known as the ‘grant element’) would be calculated for each investment and would depend on the terms of the deal (length of loan, interest rate, guarantee premium, etc). The softer the loan or the lower the guarantee premium, the higher the grant element and therefore the higher the percentage counted as ODA.

Yet agreement on the rules has proved elusive. DAC members disagreed on how high the percentage counted as ODA should be for each investment. Some members were concerned that if an investment were at, or near to, market terms, counting too much of this investment as ODA would undermine the concept of ODA itself – this is, after all, a fundamental change in the nature of ODA since, in the past, funding has always had to be given on a concessional basis to qualify as ODA. These donors therefore wanted to calculate the grant element in such a way that a relatively small proportion of each investment would be ODA-eligible. Other donors, however, wanted to increase the incentives for providing PSIs, and so proposed to count a higher percentage of each investment as ODA. Gaining agreement between these two perspectives proved impossible – the communiqué following the recent DAC HLM contained the blunt statement: “We note that at this stage we were not able to conclude in the spirit of consensus our negotiation.”

So where does this leave us? The communiqué puts it like this:

“Pending an agreement on the Implementation details of all the PSI principles, the donor effort may be measured either at the point of transfer of funds to a vehicle providing PSI to developing countries or for each PSI transaction between the vehicle and the private enterprise or institution in the partner country. We clarify that this relates to PSI that are development-oriented.”

So – it would appear that donors are still going to be able to count PSI investments as ODA, despite the fact that no agreed rules exist on how much should be counted. These circumstances present multiple, unanswered questions:

This is clearly an unsatisfactory situation. If donors are allowed to report PSIs as ODA without a clear set of agreed rules, then there are real risks that donor reporting will not only be inconsistent but also investments that should not count (or not wholly count) as ODA will be included in donors’ ODA reporting. Transparency may be affected if donors observe different rules and institutional investments are made in DFIs with no information on how those funds were used in developing countries.

Such uncertainties will serve only to undermine confidence in ODA and the statistics that the DAC provide. ODA is a limited but vital resource in the fight against global poverty. Anything that diminishes trust in the concept of ODA jeopardises attempts to ensure it is used effectively. Surely it would be better not to include PSIs in ODA at all until the current impasse is resolved and the rules around PSIs are agreed?

For more information about ODA modernisation, you can watch our animation and read our background paper