The UK government has released a response to the IDC report, which points to a lack of development focus in UK departments and poor progress on transparency 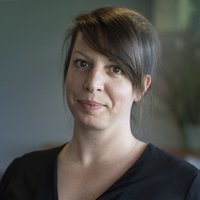 Last week the government released their response to the International Development Select Committee’s (IDC) report on how aid is used and the rules that govern it, and have made it clear they will not take on board most of the recommendations to help ensure it is focused on poverty. This is disappointing, not least because the Committee’s report represented a long and serious piece of work, drawing on a wide range of evidence and a variety of perspectives to look across the UK government’s development and aid work – see our review of the report here. It detailed critical challenges on the spending, use and management of aid, and how the government could address them.

Most notably, the report told the UK government:

It is positive that the government has committed to take some serious steps to move forward on transparency, particularly in committing to an independent external review of progress in 2019. This has implications across government – it could enable better visibility and accountability on the level of poverty focus of government departments and facilitate joined-up working. Indeed, if transparency can drive a more coherent policy and approach across government, this could unlock some useful progress towards better synergies and effective coordination that are currently lacking.

However, even if greater transparency provides more information about how UK aid is spent, the government has shown an apparent lack of concern for the data we already have on departments not focusing enough on poverty. All the recommendations from the IDC on how to improve other government departments use of aid towards poverty have essentially been rejected. For example, how DFID could play an important quality assurance role for all UK aid, suggestions to improve oversight and accountability, and measures to improve coordination across government. Safe to say, transparency will not be sufficient to ensure aid goes to those most in need.

And it is not just the IDC’s report that shows why this is so concerning – see for example recent reports from ICAI on the Conflict Security and Stability Fund (CSSF)and the Prosperity Fund, the Joint Committee on the National Security Strategy review of the CSSF and the Foreign Office ranking very low on latest Aid Transparency Index.

Why does this all matter so much? The UK is a key player in international development and one of the largest donors in the world – so what they do makes a difference. At a time when such an important aid donor is shying away from a focus on poverty, we desperately need them to do the opposite.

The world and development are getting more complicated, not less. Poverty is becoming increasingly concentrated in fragile contexts, whether that’s fragility driven by conflict or by environmental insecurity. This makes it harder to tackle and therefore more important than ever to ensure we are smart and strategic about aid spending – we need to work smarter, longer term and much better together. These critical resources must be targeted at those who are most in need and least likely to have access to other types of resources. If the UK is serious about the promise it made when it pledged to end global poverty by 2030, then it is surely problematic to knowingly not target aid to the poorest people.

Moving forward on transparency will be a significant step in the right direction, and one to welcome. But all parts of the UK government, especially when they are using scarce aid resources, have to meet high standards of effectiveness, efficiency and with a laser sharp focus on impact for the poorest people. Much more is needed to make that leap into working differently, in ways that will be more effective in achieving the promise to end poverty and leave no one behind.