The UN target of providing 0.7% of national income as aid was met by only 5 donor countries in 2013: Norway, Sweden, Luxembourg, Denmark and the UK. The re

But two other providers gave over 0.7% of national income as aid 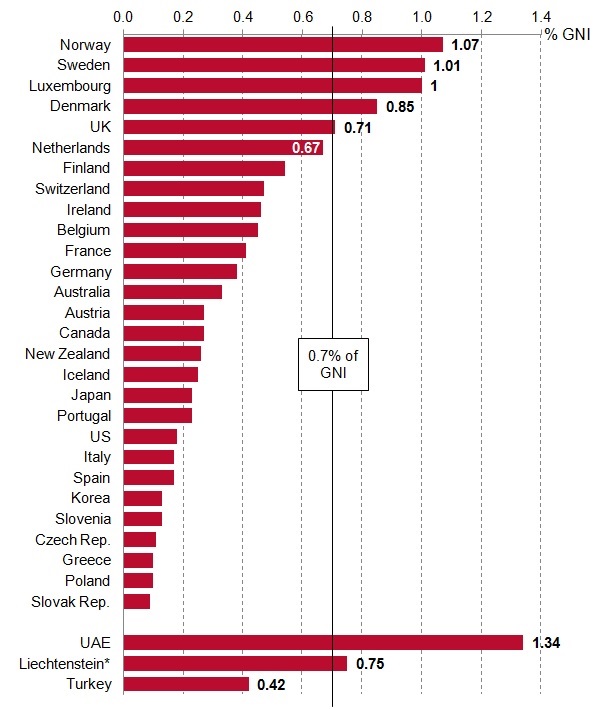 The UN target of providing 0.7% of national income as aid was met by only 5 donor countries in 2013: Norway, Sweden, Luxembourg, Denmark and the UK. The remaining 23 main donors fall short of the target.

Norway provides 1.07% of its national income as official development assistance (ODA), the highest figure among the 28 countries that are members of the Development Assistance Committee (DAC).

In 2013, the UK became the first G7 country to officially reach the target in recent years. While the Netherlands has met the target each year since 1975, their aid dipped to 0.67% of national income last year.

Two countries that report ODA though they are not DAC members also meet the target: the United Arab Emirates provided 1.34% of their national income as ODA, while Liechtenstein reached 0.75% in 2012.*

*No Liechtenstein data is currently available for 2013, but the target was met in 2012.