DI's Bernard Sabiti shares key messages from Africa Statistics Week in Uganda and what they mean in the context of the country's unique data ecosystem. 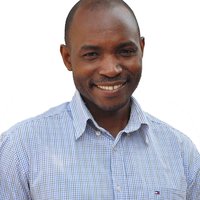 Between 13 and 18 November the Uganda Bureau of Statistics (UBOS) marked Africa Statistics Week with a series of events in Kampala. The seven-day event is an extension of African Statistics Day, which was initiated in 1990 to raise public awareness of the importance of statistics in all aspects of socioeconomic and environmental life. The event highlighted the role that statistics can play in national development, and brought together data producers and users, policy makers, media and civil society to discuss how to widen and modernise Uganda’s National Statistics System (NSS), build partnerships and leverage technology to improve data production and use for national development.

Similar to last year when we co-organised the High-Level National Data Forum with UBOS as part of Africa Statistics Week, Development Initiatives (DI) was again part of this year’s events. We moderated some of the panels, provided commentary on data use drawing on our experience working in Uganda over the last five years, and demonstrated some of our resources such as the Spotlight on Uganda data visualisation tool.

The week-long event highlighted the important progress Uganda’s data ecosystem has made: increasing funding for statistics; widening thematic scope of data production; improving human resource capacity to produce, disseminate, and use data in decision-making; and increasing the number of surveys being done.  Workshops also highlighted the challenges that still bedevil data production and use in the country, from poor data quality to a lack of access by users and the limited involvement of new producers and users that hitherto had been outside the traditional NSS in key data production and use processes.

These issues were discussed in detail over the course of the week, and remedies suggested for the challenges. I was particularly struck by the following five points, which were notable for the unanimity of opinion they generated throughout the events.

1. The media are a critical element of the national data ecosystem

The media are a key intermediary between data producers and ordinary consumers as they can only report on data by first creating information out of it, and this was recognised in discussions during the week. Commenting on the role of the media in the NSS, Imelda Atai Musana, the Acting UBOS Executive Director said: “The media can move a conversation in any direction using our data so it is important for us to work with them to make sure they have the right data, and have understood the data the right away.” The pressure of the fast pace of today’s 24-hour news cycle sometimes leaves little room for nuanced and fact-based reporting – especially when the subject has to do with data. The first day of Africa Statistics Week was media training where journalists were taken through the basics of statistics reporting. The fact that very few journalists in Uganda are data-literate and data journalism has only just begun to pick up in the country makes the need for this collaboration between data producers and the media even more critical. Media managers, however, also need to invest in skills building for their reporters – not only to add value to their talent pool but also to provide the public with fact-based, high-quality reporting. These skills might include basic data scraping, data analysis and use of basic statistical software for analysis.

2. Technology has completely transformed the nature of traditional statistics

Transformative change is happening across the data ecosystem, from production, dissemination and use, to outreach and coordination. The need for national statistics offices (NSOs) and other producers and users to adapt to these changing realities in capacity building, financial investments, production and analysis of data has never been greater. UBOS is taking the lead in this area – on the third day of Africa Statistics Week, a mobile app was launched which helps users access key datasets and indicators directly on their mobile phones. Christened ‘UGStats,’ the UBOS app is a landmark effort in the bureau’s effort to modernise official statistics by adopting technology to ease users’ access to data. This, and other UBOS initiatives, demonstrate the bureau’s endeavour to revolutionise the traditional nature of the NSO, widening the data ecosystem and improving data use. Users need to work with UBOS to improve these initiatives and contribute to the wider goal of demystifying official statistics.

3. Geospatial data is more important than ever

NSOs around the world are trying to integrate geospatial data into mainstream statistics and this cannot happen fast enough. Just knowing how people are doing socially or economically isn’t sufficient; we need to know who they are, where they live, and the environment they live in. Day 4 of Africa Statistics Week was dedicated to highlighting work done by UBOS’ Geo Information Services (GIS) Division and other partners in the GIS world. It also happened to be World GIS Day, and a number of stakeholders discussed the importance of ‘going beyond just mapping’ to ensure geospatial data has a positive impact on the lives of ordinary people. From predicting landslides in the Eastern Uganda district of Bududa to mapping refugees in Northern Uganda and using GIS data to modernise official statistics, this debate demonstrated how technologically advanced tools are being used to collect potentially life-saving data. We shared DI’s Spotlight on Uganda interactive data visualisation, in which we map poverty and related development indicators to the district level, providing decision-makers with an easy-to-use tool to access key development data.

Many NSOs in Africa find themselves relying on donor funding for key projects, which is the wrong formula. Governments need to prioritise financing for data, as evidence is an indispensable part of policy making. As Uganda’s Prime Minister stated in his address at Africa Statistics Week: “we must continue to provide reliable data that we can confidently use to measure where we are and project where we want to go as a country. Statistics are our eyes as policy makers: they are like oil needed to run a vehicle. We cannot do without statistics in our economy”. Just like roads, electricity and other infrastructure therefore, accessing good financing data should be among the government’s top priorities.

5. Administrative data must be developed and improved

More effort is needed to develop and improve administrative data as it is cheaper than surveys and censuses. UBOS should take the lead in supporting other government ministries, departments and agencies that produce administrative data to improve standards and quality assurance. This would be the most efficient way to ensure that this data qualifies as high-quality official statistics, which can then be made available for use by researchers, policy makers, governments and other users.