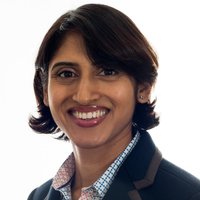 This last week has been an important one for the OECD’s Development Assistance Committee (DAC), seeing both the appointment of a new Chair and the publication of the latest edition of the Development Co-operation Report. Susanna Moorehead will bring her previous experience as British Ambassador to Ethiopia and Djibouti, and UK Permanent Representative to the African Union and the United Nations Economic Commission for Africa to her new role as OECD DAC Chair, and has already outlined some of her priorities – including ensuring that the DAC has a forward-looking approach, and isn’t perceived simply as a ‘donor club’. The Development Co-operation Report, similarly, focuses on a number of key areas for attention in the development context. Coming at a time of reform for the OECD DAC, as the organisation aligns itself more closely with the SDGs, these indications of the priorities for the future are welcome.

In particular, the report’s focus on data and diagnostics as a keystone of the leave no one behind commitment is heartening. In its fifth chapter, co-authored by DI’s Carolyn Culey, the report recognises one of the most crucial challenges: improving data on people to leave no one behind. Steps toward improving the available data include raising the standard for data sources beyond household surveys alone, increasing the coverage of civil registration and vital statistics systems, and in particular increasing the proportion of data that is disaggregated by gender, age, geography and disability. The report also highlights that, as data ecosystems of producers and users become more complex, the guiding principles of the Inclusive Data Charter are becoming only more important.

Data collection and use are important areas for development cooperation because they are challenges that require significant financial and technical resources – and which also benefit from the accumulated experience of different national governments. Only 56 of the 102 countries with statistical plans have secured adequate financing to implement those plans to date, highlighting the need for effective cooperation in this area.

But beyond financial resources, there must also be a recognition that SDG1 and SDG10 set a new agenda for poverty eradication that is universal, and recognises inequality in every country. When it comes to data collection, no government has a perfect insight into poverty and inequality within its borders – so every country has something to gain from, and most have something to contribute to, mutual learning. In broad terms, what is required is not just a change in behaviour but a change in mindset. The report gives evidence that some development partners have already recognised this need and are acting on it.

One method for approaching this complex task featured in the report is applying the P20 approach. The P20 approach can be applied globally and in every country, and focuses attention on the poorest 20% of people wherever they are. It also proposes that development partners focus on building better data on key indicators of progress for those at risk of being left behind: working to first establish meaningful baselines and then expand their data collection and use in a way that benefits the poorest people first.

We were pleased to contribute data and analysis to the report’s case study on Benin, which focuses on how the country’s government has been working with their development partner Switzerland (who have also applied the P20 approach in their own country) and DI. Having recognised that progress is not proportionately benefitting the poorest people in Benin, the government has made leaving no one behind a cardinal principle of public policy – and a part of this has been collecting and using data to identify and monitor progress among populations at risk of being left behind. Through applying the P20 approach, Benin has learned more about the poorest quintile – ranging from economic data on consumption, to health data reflecting progress on stunting.

Applying the P20 approach has also meant recognising and addressing data gaps in Benin – a process carried out with the assistance of Switzerland, a development partner well-placed to offer advice. Benin has made progress in this area – since 2014, 85% of children under 5 have had their birth registered – but more needs to be done. It’s encouraging to see the OECD recognising the commitment of both countries to better data for leaving no one behind, and sharing a mode of development cooperation that is well-aligned with the SDGs. The challenge now is to scale up these good practice examples to see greater global progress.